Mr. Lip-Bu Tan, Chairman of Walden International, On the 20th Anniversary of SMIC & Its IPO in the STAR Market

NEW YORK, NY / ACCESSWIRE / July 17, 2020 / Semiconductor Manufacturing International Corporation (“SMIC”) went public on the Sci-Tech Innovation Board (STAR Market) on 16 July. It took only 19 days for SMIC to gain regulatory approval, breaking the record for the STAR Market. The over-allotment option was fully exercised, thus raising a total of 53.2 billion yuan. Based on the issue price, SMIC’s market value will reach a record-setting 202.9 billion yuan, the largest market capitalization ever achieved in the STAR Market. SMIC will not only be one of the semiconductor companies with the highest market value in the A-share market, but also one of the leading technology companies as well. Walden International, as the founding shareholder of SMIC, and Mr. Lip-Bu Tan, as the only Director who has remained on SMIC’s Board for 18 years, has encouraged SMIC through thick and thin and would like to wish it a successful listing in the STAR Market.

Mr. Lip-Bu Tan founded Walden International in 1987 and was selected by Forbes magazine as one of world’s top 50 venture capitalists. In the venture industry, Mr. Lip-Bu Tan is known as “Mr. Chip”. Under his leadership, Walden International has invested in over 500 companies globally (including more than 120 semiconductor companies), supported 110 companies in their successful public listings, and done very well in achieving excellent returns for its own investors.

In addition to serving as the Chairman of Walden International, Mr. Lip-Bu Tan has also been the CEO of Cadence since 2009, a world-renowned EDA design tool and IP company. After those ten years of his leadership, Cadence currently has a market value of nearly 30 billion US dollars.

A Lion at Heart, A Giant at Last

This year, 2020, witnesses the 20th anniversary of the founding of SMIC. As the founding shareholder and close partner of SMIC at its founding in 2000, Walden International has witnessed the passion, pain and success of SMIC’s entrepreneurship in the past 20 years. Hand in hand, we have created new pathways in our development and experienced the achievements and delights of growth and progress. I have also had the personal honor to serve as a director of SMIC. During my 18 years as a Board member, I have offered advice and support to the strategic planning, business layout and team building of the company.

The path of entrepreneurship is paved with hardship and amazing efforts! Hereby, I sincerely congratulate SMIC on its 20th anniversary, wish it a successful listing in the STAR Market, and hope that SMIC will continue its long strides forward during the next 20 years.

I thought it would be helpful to look back at how SMIC worked through its listing process.  On May 5, SMIC “officially announced” its plan for listing in the STAR Market; on June 1, the Shanghai Stock Exchange accepted its listing application;  Success followed on June 19, as the Shanghai Stock Exchange issued the regulatory approval, and on June 22, SMIC submitted the registration application on the first working day after the granting of regulatory approval.  On June 29, the China Securities Regulatory Commission (CSRC) agreed to its registration.

As the leading chip manufacturer in mainland China, SMIC has set the record of the fastest listing in the STAR Market in this IPO process, taking only 19 days to gain the regulatory approval and only 29 days to complete the registration process. SMIC has raised a record-setting 53.2 billion yuan, the largest amount ever raised in the STAR Market. SMIC will be the largest semiconductor company with the highest value in the A-share market and will also become one of the leading technology companies in the A-share market.

Supporting the fastest listing speed and the largest amount raised, there are the solid steps of China’s capital market in reform deepening and opening up, together with its firm determination to support the listing of hard & core technology enterprises and accelerate the development of semiconductor industry, which will definitely fuel the advanced manufacturing procedure of SMIC and assist SMIC in an early realization of the next milestone breakthrough!

SMIC: One of Few Most Advanced Foundries in the World

SMIC is one of the leading wafer foundries in the world. It mainly provides customers with integrated circuit foundry and technology services on process nodes from 0.35 micron to 14 nanometers as well as different process platforms.

Unlike general foundries, the wafer foundry industry is very capital-intensive, talent-intensive and technology-intensive. The more advanced the process, the greater capital investment is needed. In the past decade, there are no newcomers in the foundry industry as it requires high capital investment and has technical and talent barriers. An increasing number of existing foundries have stopped in the race towards advanced processes, leaving the industry to an oligopoly. During these past 20 years, SMIC has upgraded its manufacturing process from 0.25 microns to 14 nanometers, caught up substantially with the world’s top foundry manufacturers and narrowed the gap with them on every front. There is no shortcut to the path of advanced processes. With firm determination, steady pacing and a down-to-earth attitude, SMIC has been constantly increasing investment in research & development and strengthening innovation & success by iteration, and gradually achieving process improvement and technology upgrade.

In the past 20 years, every time SMIC surmounted an adversity and made a breakthrough in its manufacturing process, Walden has stood alongside SMIC all the way regardless of the situation, offering our full support. In addition to SMIC, Walden has invested in over 500 enterprises across the globe (including more than 120 semiconductor companies).  Of these, 110 companies have already been successfully listed at 15 stock exchanges around the world. Walden has achieved outstanding investment performance and gained impressive excellent returns. Many friends may wonder, knowing that semiconductor investment has long cycles, high risks and high thresholds, how and why Walden still has the courage to focus on high technology and invest heavily on semiconductors and even heavy asset fabs that most investment institutions have stayed away from? Walden International’s investment model is unique and has become a benchmark of global semiconductor investment. How has SMIC managed to achieve this, and what are the experiences and reflections?

Essence of Investment: Art of “Seeing” & Lion at Heart

Henri Nouwen, one of my favorite writers, once shared a story to the effect that a sculptor was carving an unformed marble with a knife. A little boy passing by watched him with curiosity. What he saw was only large and small marble fragments keeping falling down, and he had no clue of what the sculptor was trying to achieve. But a few weeks later, the little boy saw a mighty lion standing where the marble was originally placed. The little boy was extremely excited and he asked the sculptor how he knew there was a lion hidden in the marble. The sculptor replied, “Before I saw the lion, I already knew that it was inside the marble, because I have seen it in my heart. The trick is that the lion at heart recognizes the lion hidden in marble.”

Sculpture is an art of “seeing” and showing what is seen. So is the art of investment. Through capital investment, strategic guidance and resource integration, Walden International brings the entrepreneurial passion and spirit out of the entrepreneurs as well as the potential and capacity out of the core teams. Thereby, Walden incubates, nurtures and produces innovative technologies and products with exceptional market value, and finally helps entrepreneurs realize their industrial ideals and assists the companies in their development and growth.

In 2000, when Zhang Rujing planned to build a chip manufacturing factory in mainland China with his team, we “saw” the trend of rising local wafer factories in mainland China and the ambition and talent of the entrepreneurial team. In 2004, when Yin Zhiyao’s team headed to Silicon Valley to raise capital, we “saw” the potential of Advanced Micro-Fabrication Equipment Inc. (AMEC), as a new international equipment manufacturer, fighting its way out of the high-end semiconductor manufacturer giants and becoming an Asia-based integrated circuit equipment giant itself. In 2016, when Habana Labs was established in Israel, we “saw” that the overwhelming application of artificial intelligence in data centers, as verified in Intel’s acquisition of Habana Labs for $2 billion in 2019; when former Oracle executive Rodrigo Liang, Prof. Kunle Olukotun and Prof. Chris Re from Stanford University founded SambaNova in the United States in 2017, we “saw” its innovations in machine learning algorithms and software-defined hardware. As an art, investment is like the sculptures by their creators, which release the lion in marble; it is also like the ink paintings by Chinese painters, which bring the bamboo in the mind to life on the paper.

After more than 30 years of investment, Walden International has established a flagship investment platform for global semiconductor and electronics industry chains, and its ability to “see” has become particularly powerful. It is no wonder that among the new generation of 13 semiconductor startups in recent years listed by the Barclays Bank, 9 were invested by Walden International. Through our team, LP, invested enterprises, partners and friends in the industry, we have witnessed the growth of outstanding entrepreneurs and “saw” the success of invested companies. As investors, we can support entrepreneurs with investment, helping them to realize their grand plans and to create immense social values while realizing our visions. Nothing in the world brings me greater joy than this!

I named Walden International after Walden written by Henry David Thoreau. Thoreau used to build a house by himself on Walden Lake, farming and living there for more than two years. He led an extraordinarily simple life and finally achieved a peak of world philosophy, leaving a story that will be remembered for ages in the history of literature.

In fact, the essence of investment is similar: the great truths are always simple. All it takes in investment is being honest, modest and persistent, choosing the right founder and right enterprise, accompanying them all the way, and being a friend of time. Thoreau once said, “A person with faith will cooperate with those who share the same faith.” As we all know, semiconductor investment has long cycles. Product research and development, market verification and company development all require a considerably long time. It takes time to create excellent founders, outstanding enterprises and leading products. Therefore, when investing in semiconductors, we choose to collaborate with the founders and enterprises who have faith. The founder must be a person of rich vision and strong will, and of principles, beliefs and foresight. He/She should focus on enterprise growth and value creation. The teams should have both lofty ideals and down-to-earth capacity of execution.

Back then, venture capital in China had just started, and there were only a few American venture capital institutions in the market. Having gone through the Internet bubble, the financial crisis in 2008, the once stranded Growth Enterprise Market, and the suspended IPOs, Walden International retains its focus on the industry and semiconductor investment. We never chase after the trend or hot topics. We never speculate. And we never seek quick success. Little by little, we have created an investment map and industrial chain consisting of over 120 semiconductor companies, forming an industrial pattern of integration and cooperation, mutual assistance and mutual benefit.

Presently, semiconductor entrepreneurship and sci-tech investment are extremely popular. It requires not only comprehensive and clear knowledge and insight, but more importantly a global vision throughout the cycles. Walden International will remain true to its original aspirations, stick to maintain its unique investment philosophy and focus, increase investment in the semiconductor industry, advance hand in hand with entrepreneurs, and “see” and cultivate more innovation benchmarks and industry leaders.

We believe that the essence of investment is simplicity. We will choose to walk firmly with the like-minded. Time will bring the best and most generous returns as the best friend.

A lion at heart. A giant at last! 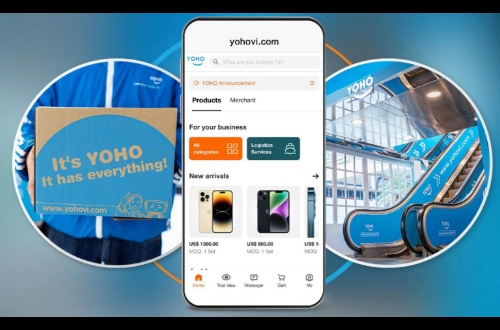